Central Hudson Gas & Electric Corporation has received final approval to rebuild approximately 23-miles of electric transmission lines that serve thousands of residents and businesses in Ulster and Greene Counties.  Approval of the project by state regulators followed a comprehensive review process, public meetings and hearings, and extensive meetings with property owners.  Reconstructing the lines will maintain electric service reliability for customers and is an important investment in the electric infrastructure serving the Mid-Hudson Valley.

The transmission lines, named “H” and “SB,” are located within a contiguous 23-mile corridor between Kingston in Ulster County to Catskill in Greene County. Originally constructed in 1928, these transmission lines are nearing the end of their useful life and must be rebuilt. The lines will be reconstructed within the existing right-of-way in nearly all areas, with the exception of a small portion that will take a new route to avoid a large wetland.

Most existing lattice towers will be replaced by a streamlined and sturdy single pole made of Corten steel, which features a characteristic brown, wood-like patina. The rebuild design will increase the line's capability from 69,000 volts (69 kV) to 115,000 volts (115 kV), however the line will continue to operate at 69 kV until the increase in voltage is needed.

Construction is expected to begin in September 2022 and is scheduled to be completed in 2026. For more information, visit: 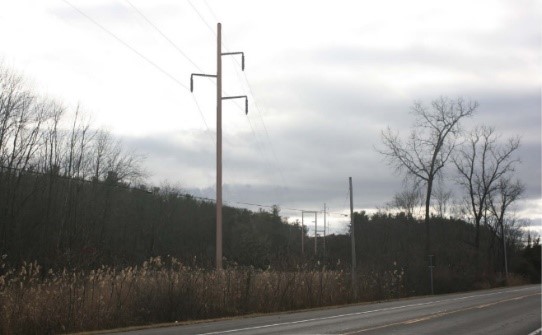 Rendering of a new pole and line. 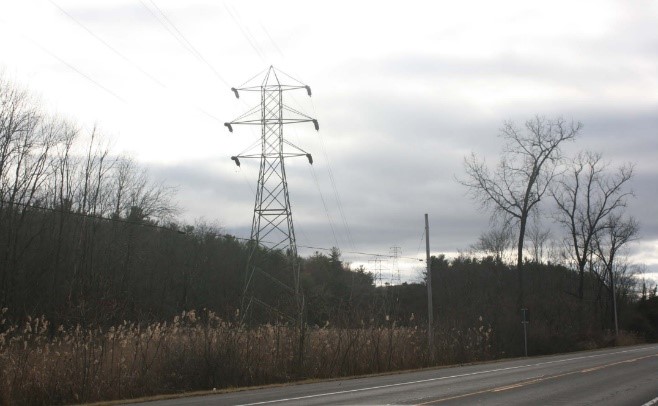