Central Hudson Gas & Electric Corp. is furthering its commitment to reducing carbon emissions by becoming one of the first utilities in the country to purchase two all-electric bucket trucks. Central Hudson is one of nine utilities in the nation to purchase these 55-foot trucks with delivery of the first unit expected in August and the second in November.

“Electric vehicles are the way of the future, and we can think of no better way to demonstrate their capabilities than to lead by example,” said Charles A. Freni, President and C.E.O. of Central Hudson Gas & Electric Corp. “As we survey opportunities to transition portions of our fleet to electric powered, these trucks offer a viable option for our heavy-duty vehicles. We look forward to putting these all-electric line trucks to use in our daily operations and are proud to be early adopters of this quickly evolving technology.”

The new trucks feature a two-battery system, one that charges the truck for a range of approximately 135-140 miles and another battery that powers the bucket system for 8-10 hours on a full charge. Central Hudson expects these trucks to save approximately 1,000 gallons of diesel fuel usage each year.

In addition to the all-electric trucks, Central Hudson has also purchased a total of four hybrid bucket trucks that use a battery system to operate the bucket and associated hydraulics instead of the diesel engine. The first two trucks were delivered in December 2021 and are already in service while the third and fourth trucks are expected to arrive in December 2022. These trucks will save approximately 500 gallons of diesel fuel each year and help eliminate carbon emissions by significantly reducing engine idle times.

Central Hudson plans to spend at least 10 percent of its annual vehicle capital budget on the procurement of fully electric or Battery Electric Vehicles (BEV) and/or Plug-in Hybrid Elecgric Vehicles (PHEV) through 2025 and up to 50 percent by 2030. Central Hudson’s goal is to reach 10 percent fleet electrification by 2025 and 50% fleet electrification by 2030. In addition, Central Hudson will help facilitate the deployment of more than 3,200 level 2 and 69 direct current fast charges within the service area by the end of 2025. To learn more about electric vehicles, incentives and more, visit www.cenhud.com/en/my-energy/electric-vehicles. 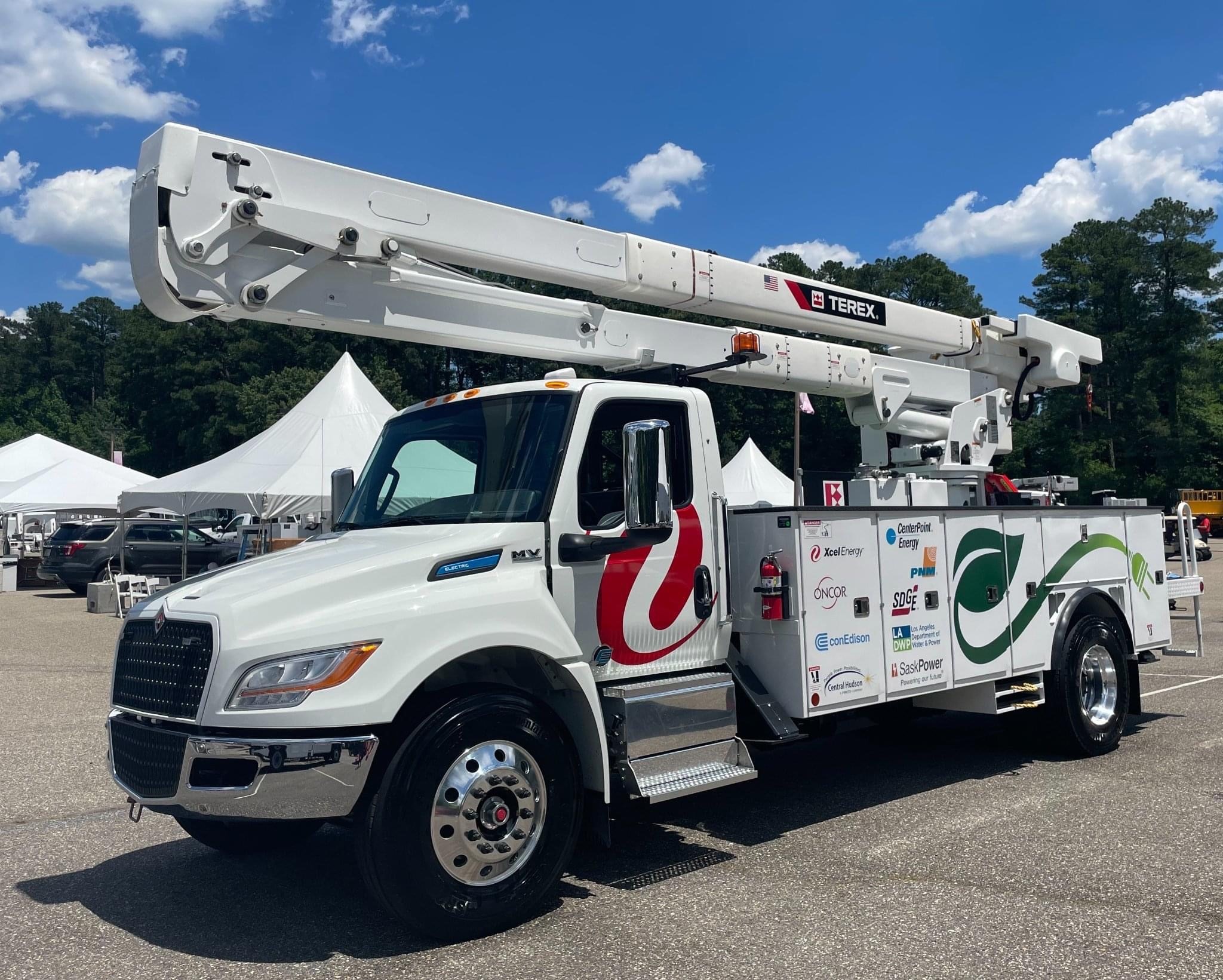 Central Hudson became one of the first utilities in the country to purchase two all-electric bucket trucks.